The intersection of Rhode Island Avenue, Lakeland Road, and Navahoe Street was the hub of Lakeland.  Electric streetcars connected the community with the District of Columbia from 1895 until 1962.  Mack’s Market, Black’s Store, the Elks Home, Lakeland Hall, and Miss Waller’s Beauty parlor were located near the
streetcar stop.  Here is a recording of the streetcar journey from Washington. 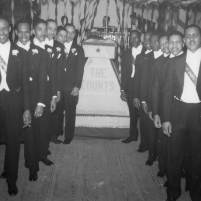 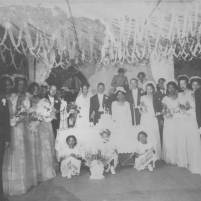 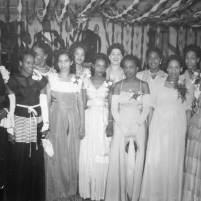 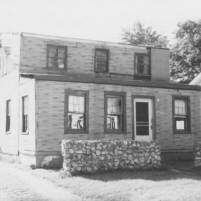 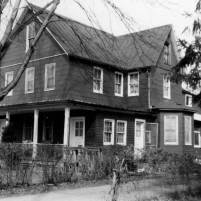 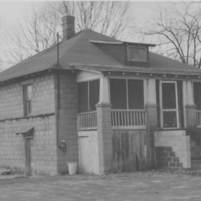 The western section of Lakeland frequently flooded after a heavy rain, as shown in the photograph above. On June 23, 1972, tropical storm Agnes devastated Lakeland and much of the region. Flood waters covered the entire community, damaging many homes and destroying several others. Following the storm, efforts to obtain effective flood control and redevelopment were taken up with a new urgency.

In 1961, College Park officials recognized the need to improve and renovate some of Lakeland’s homes, many of which had been damaged by the frequent flooding.  To carry out the improvements, city officials adopted an urban renewal plan in 1970.  It mandated redevelopment of Lakeland’s eastern and western sections, about two-thirds of the community.  Residents of the affected areas vacated their homes in the mid-1970s. They were compensated for the value of their homes and promised an opportunity to return to new housing units when construction was completed. The project was expected to take a few years.  However, it took much longer because problems plagued the project